The Spanish Freighter NAVEMAR left from Seville. Spain, with 1,120 passengers, in 1941. Most were Jewish refugees fleeing genocide in German-occupied countries.

The conditions on the NAVEMAR, a ship designed with only 28 accommodations, were terrible. Both the food and sanitation were bad; an estimated 60% got sick and six died. 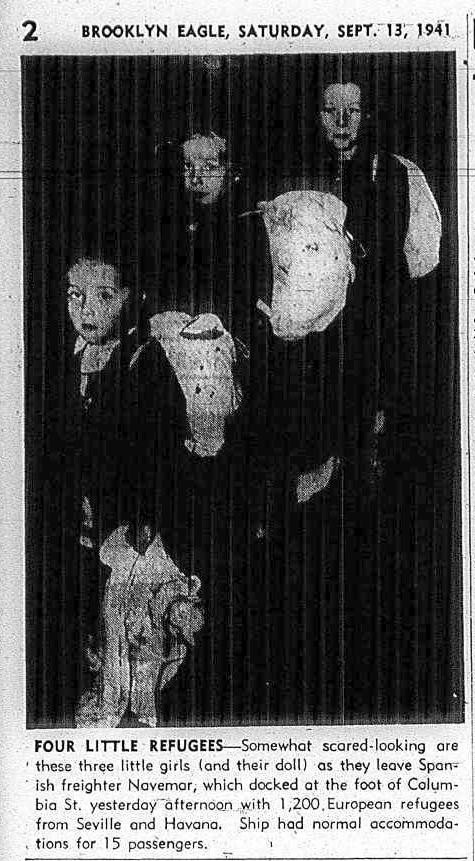 345 passengers disembarked in Havana, Cuba. The remaining dock at the foot of Columbia Street, Red Hook, Brooklyn, 48 days after leaving Spain. Before being allowed to dock, the ship spent a day in quarantine, and 41 passengers with fever were taken off by United States Public Health officials.

While the ship, designed to move cargo did bring many to safety, they also charged hefty fees, as some paid as much as $1,750 for their tickets. 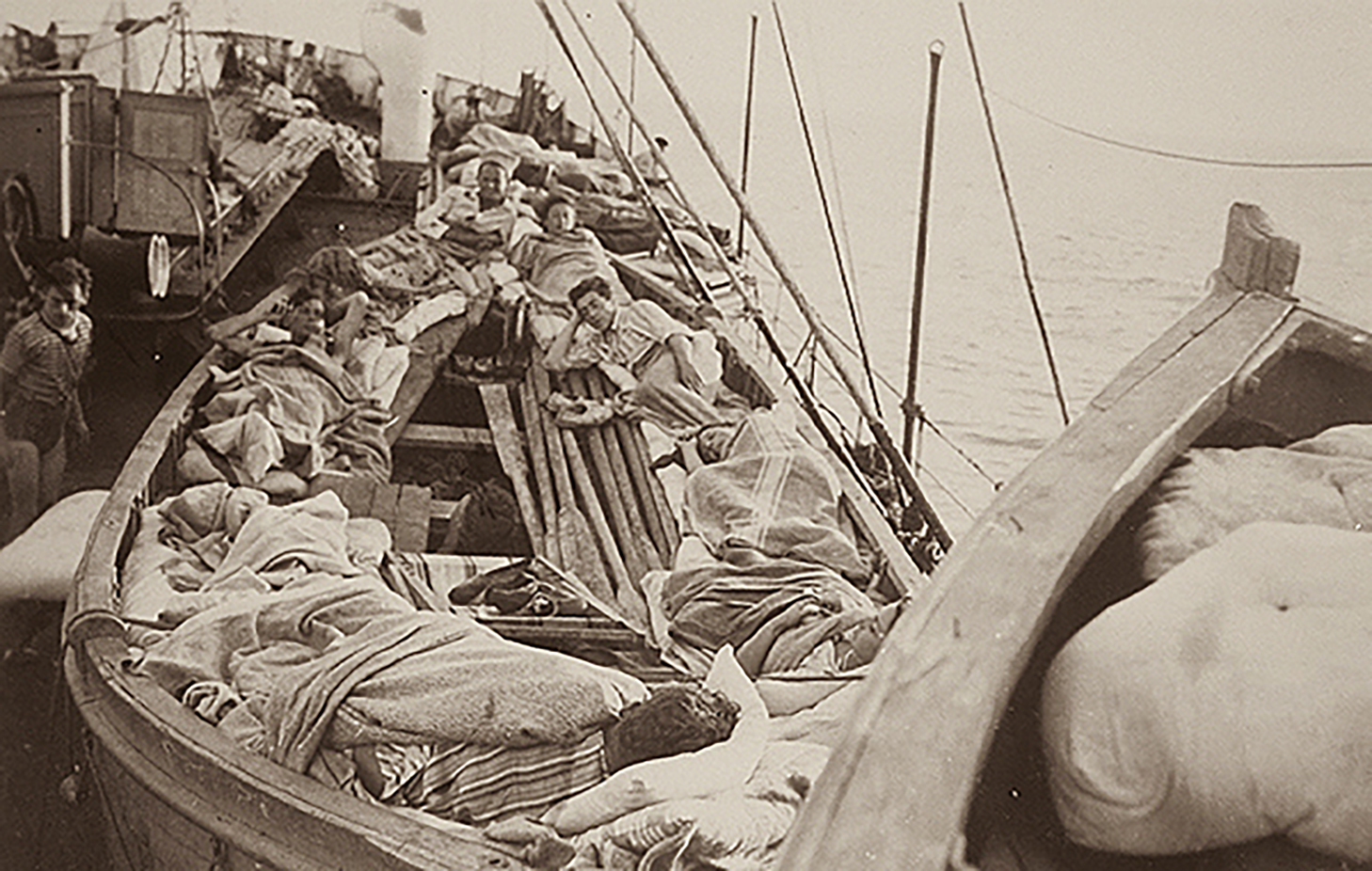 The NAVEMAR did not survive the war.  She was sunk January 1942 in the Strait of Gibraltar by an Italian submarine.

FRIENDS GIVE SHELTER TO 728 OFF ‘HELL SHIP’

Their ranks depleted by sickness and death, 728 passengers of the 5,473-ton Spanish freighter Navemar, the "horror-ship" which today was tied up at the foot of Columbia St., rested at the home of friends or relatives after a 48-day voyage which' many of them described as worse than 'life in a concentration camp."

Six of the 715 passengers, according to United States Public Health officials, died on the trip.  Forty-one passengers were under the care of the officials, who took them off the Ship since they were suffering from fever.

The Public Health officials described the food of the ship, which was built to carry 28 passengers at most, as "terrible" and said that its sanitation facilities were dreadful.

The passengers, most of whom were Jewish refugees from German occupied countries, held their noses at the food and complained vehemently of the filth and crowded conditions in which they had to live.

The freighter, flying the yellow quarantine flag because of a warning from officials at Havana, where it had previously docked, that sickness was rife aboard, pulled into Quarantine yesterday morning.

On its decks reposed piles of garbage cans, kitchen stoves, deck chairs and sundry other articles, scattered in wanton order. It was not permitted to proceed to its Columbia St. berth until late afternoon.

Health service, two sanitation inspectors and a nurse, stayed aboard the ship until late at night taking the temperatures of the passengers and crew, and making his health inspection.

He refused to partake of any food during his 11-hour stretch on the freighter, saying he preferred to go hungry rather than eat the fare from the Navemar’s galley.

According to some passengers, 60 percent of their number were ill at one time or another. The one doctor and one nurse aboard the Navemar had to take care of as many as 200 passengers a day.  Men slept in the fore hold and women in the aft hold. Many preferred to sleep in the lifeboats. The ship started, from Seville. Spain, with 1.120 passengers, some of whom paid as much as $1,750 for their tickets. At Havana 345 of them were put off.

The skipper, Captain Manuel Martinez, said, in contrast, that the trip was a "grand" one "The passengers," he declared, rubbing his hands, "seemed very well satisfied with the service and their treatment.”

The United States Holocaust Memorial Museum's online archive contains several items relating to the NAVEMAR. These include documents of a Jewish family confirming passage aboard the ship, and photographs of German-Jewish families before they fled Germany aboard the NAVEMAR.


One of the passengers aboard the NAVEMAR, Victor Brombert, returned to Europe as a soldier, interpreter and interrogator for the US Army. He later became a professor of French literature at Princeton University. In his memoir,Trains of Thought: Memories of a Stateless Youth, Brombert recalls when the NAVEMAR finally reached Brooklyn:

We docked in Brooklyn, far from the wharves for the transatlantic liners. The humidity and the heat on that September day, as we waited in long lines on deck to disembark, was like any I had experienced.... Immigration and health officials appeared, as well as representatives of various relief agencies. We were told that the newspapers referred to the NAVEMAR as “the floating concentration camp.” The discomfort of the heat and the confusion of disembarking made it difficult to rejoice that the journey was over.