617 refugees fleeing German-occupied European countries arrived at the foot of Columbia Street, Red Hook, Brooklyn in 1941. Crammed aboard the VILLA MADRID, a Spanish liner with accommodation for only 225, they complained about the conditions and the cost. 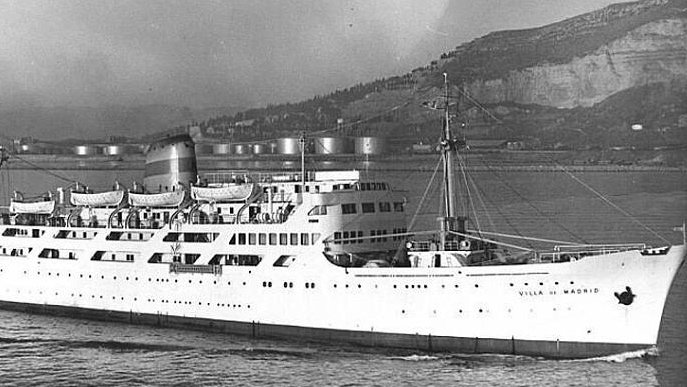 The VILLA DE MADRID was built as a mixed passenger/cargo ship in 1931.  She sailed between Barcelona and the Canary Islands until the outbreak of the Spanish Civil War in 1936. In 1939 she was bombed and sunk along her berth in Barcelona by Franco’s air force, but was repaired and able to make one, and possibly two, trips with Jews  fleeing German persecution.


The VILLA MADRID was not the only ship that brought refugees fleeing discrimination and death in Europe, but not all refugee ships were let in by the US.  One other ship that brought Jewish refugees to Red Hook's Erie Basin was  the NAVEMAR.   The Spanish freighter, designed for only 15 passengers brought 1200 Jewish refugees to the same Erie Basin, Red Hook, pier, safely away from the Holocaust. 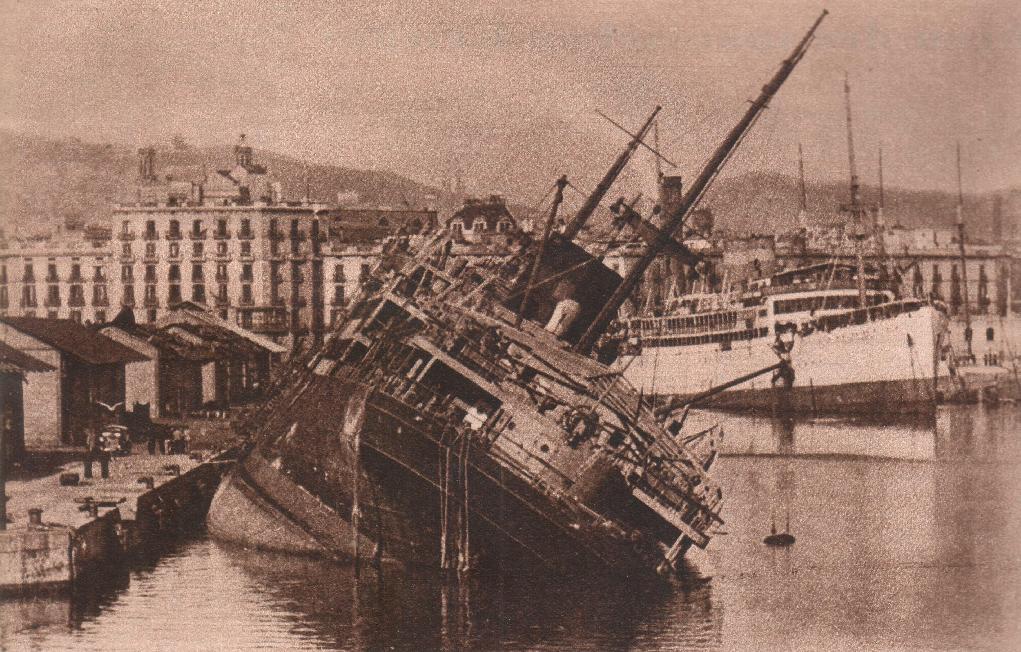 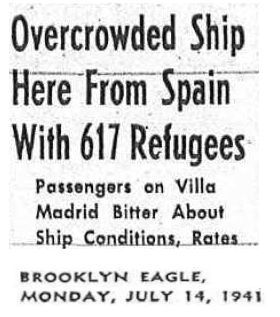 Bearing the scars of German bombers which sank it while she lay in Barcelona Harbor during the Spanish Civil War in possession of the Loyalists, the refloated Spanish liner, Villa de Madrid, today was safely harbored at the foot of Columbia St. after an eventful ocean voyage.

The ten-year-old ship, which normally accommodates 225 persons, arrived yesterday from, Barcelona with 617 war refugees from German-occupied territory crowding her decks and public rooms.  The refugees were taken through Spain and France in sealed trains to Lisbon under auspices of the Jewish Joint Distribution Committee of New York.

After she left Barcelona on June 21 the vessel was held up at Gibraltar for 30 hours as British officers made a thorough search of the passengers and luggage, removing a Swiss physician, Dr. Noel Cornelius.  Stops were also made at Lisbon, Tangiers, and Las Palmas, Canary Islands, where four days were spent for loading fuel.

Passengers on their arrival were bitter about the lack of accommodations.  They were crowded into every available nook in the ship and 300 slept in two between deck compartments, one for men and the other for women.

The voyagers also complained of the lack of sanitary facilities and protested that they had paid from, $350 to $450 for theses accommodations.  It was said first class passage cost $1,200.