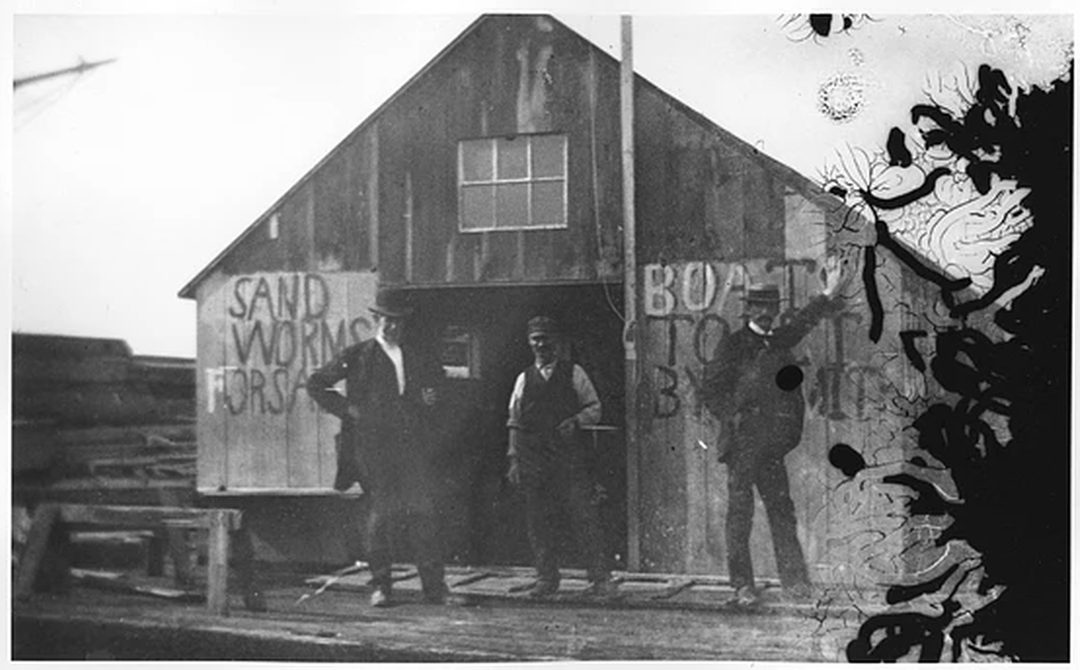 View of three men standing in front of Erie Basin boathouse in Red Hook, 1886. One of the early unofficial names of the area that became Erie Basin was the “Fishing Place," Through the end of the 19th century, the less built-up parts of the basin remained a place to rent small boats and go fishing. 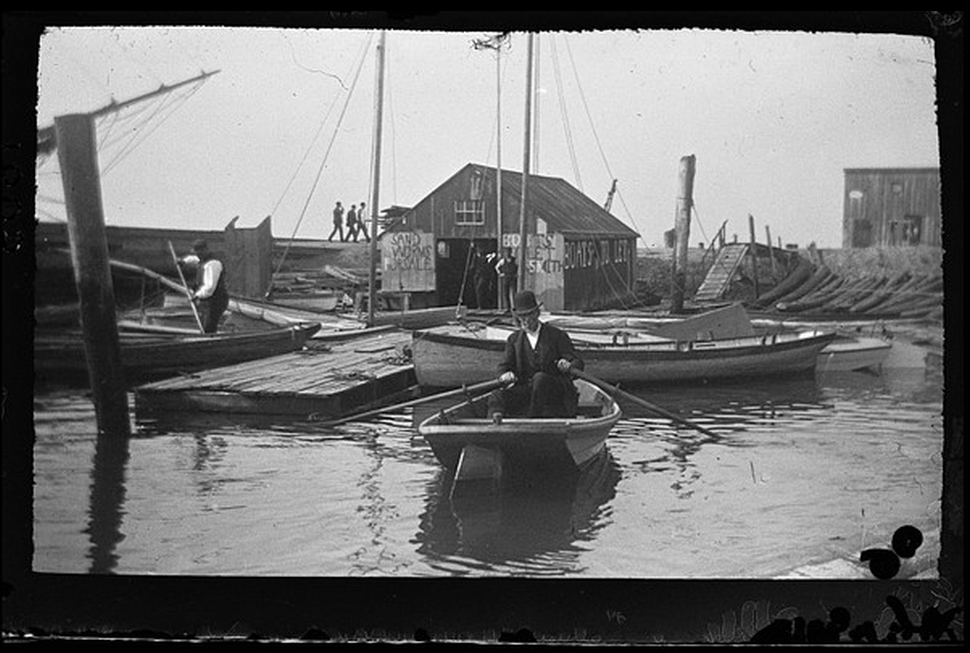 The leasing of boats and provision of sand worms and other bait was important source income for a number of Red Hook, Brooklyn residents. They served not just locals but people from more well-to-do neighborhoods.

George Bradford Brainerd, 1845-1887, was a civil engineer who worked for the city of Brooklyn as Deputy Water Purveyor from 1869 to 1886. His book The Water Works of Brooklyn: A Historical and Descriptive Account of the Construction of the Works, and the Quantity, Quality and Cost of the Supply, 1873 is still available. Even more relevant to Red Hook is his 1868 report in The American Naturalist on the sedimentary layers under the Erie Basin.  In addition to this work, a focused amateur photographer, captured many images of his Brooklyn home and the natural world.

[Note: pin on map is just for Erie Basin, not an exact location.]