The Story of Ira Bushey & Sons. 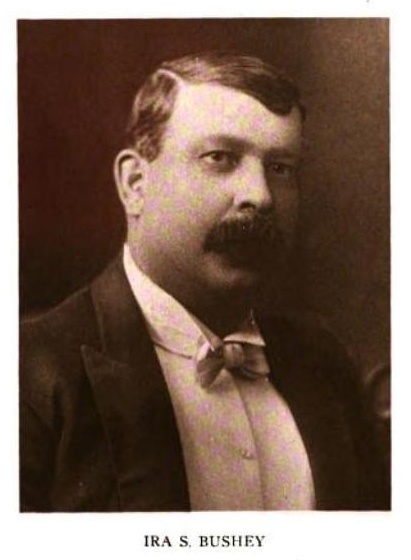 Ira S. Bushey started his work life driving mules on the Erie Canal in the latter half of the 1800s. By 1895 he was in the boat repair business, first setting up shop in Jersey City around 1895, moving to Staten Island about 5 years later and then settling in Brooklyn in 1905. There he located his business at the foot of Court Street, on the Gowanus Creek.

The company focused on making barges, railroad flats and scows ( a type of flat bottomed barge) and by 1919 they had built and launched 254. A year later Ira Bushey and Sons completed a 15,000 ton drydock on their Red Hook property that was able to lift a ship in just 18 minutes.

Although Ira Bushey's initial business philosophy was not to compete with one's clients, the company entered into the transportation business in 1924. In Partnership with a fellow named Bullock they formed the Brooklyn and Buffalo Navigation Company (B&B) which barged cargo down the Erie Canal from Buffalo to Brooklyn. 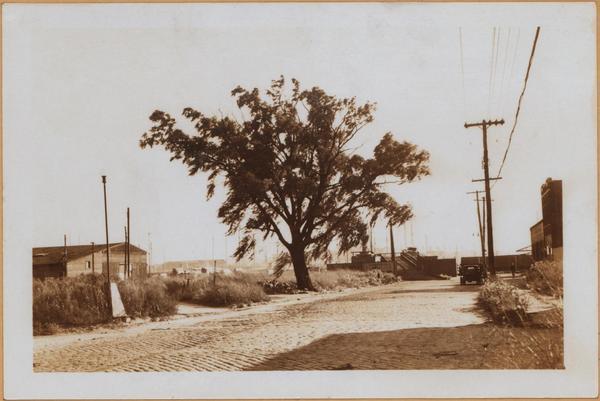 In 1925, Ira Bushey diversified again: the growing popularity of cars increased the demand for gasoline and founded a partnership with Spenser, Toner, and Bushey to form the Spentonbush Fuel Transport Service. The first tankers were crude, just steel tanks mounted on the decks of scows. The same year company founder Ira S. Bushey died leaving his business to his sons. 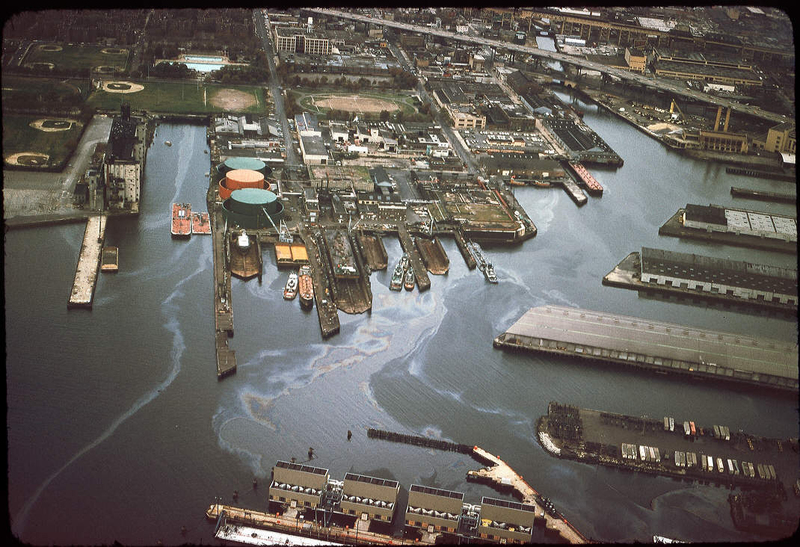 These were not the only companies that Bushey controlled but were early key ones in their success in the oil business.

During the period of WWII the shipyard made many tugs for the US Navy, Coast Guard and Army.  After the war Bushey continued to paint their ships grey

Frank Bushey becomes the third and final generation to run the company in 1953. By this time the shipyard was just making tankers and tugs for their affiliated companies, such as the acquired Red Star towing company. In 1966 Ira Bushey and Sons built their last vessel: the tug BOSTON. Unlike earlier ships it had an automated engineer room, requiring only one engineer to be assigned to the vessel instead of three. Frank Bushey was often at loggerheads with the unions and, according to Charles T O'Malley in his book Low Bridges and High Water on the New York State Barge Canal, Frank blamed union rules for ending production, citing labor costs and rules forbidding members to cross trade lines.

On June 24, 1977 Ira Bushey and Sons sold the company to Amerada Hess. The oil terminal and storage tanks at the foot of Court Street was likely what Hess was interested in. Inheritance tax says O'Malley was reason Frank Bushey gave for why the company did not continue on to a fourth generation. Buckeye Energy Services now runs the Red Hook oil storage terminal

Ira S. Bushey & Sons' was a shipbuilder and oil company based in Red Hook, Brooklyn. Remarkably, the companiy combined three different endeavors: a shipyard, a fuel terminal, and a fleet of vessels that moved fuel. Busheys built around 200…

How Ira Bushey Built up his Ship Building Plant, 1920

Starting out as a caulker of wooden ships, Ira S. Bushey, by dint of hard work, was the owner of the biggest wooden ship construction yard in the country 1920 - located in Red Hook's Erie Basin. Ira S. Bushey was the first builder and…

In 1920, the New York Tow Boat Exchange represented 34 independent tow boat companies. In their advertisement in the Port of New York Annual, the Exchange boasted that their fleet of 200 boats could handle anything "from the docking and shifting of a…

In 1955, the ESSO NEW YORK, became the first American super Tanker to navigate the Gowanus Creek Channel to deliver oil to the Patchogue Oil Terminal, a subsidiary of Ira S. Bushey & Sons, at the foot of Court Street. The dredging of the…

The Sinking of the TAMAROA

Jim Perkins recounts his experience of working on the TAMAROA, a Coast Guard cutter located in the Bushey Shipyard in Red Hook. "The TAMAROA was located at Bushey Shipyard in Brooklyn, in the nicer part of the wrong side of town. What a Godforsaken…

In Ira Bushey vs. USA (1968) the US Government was held liable for the conduct of a drunken sailor. After returning to the United States, a sailor on the Coast Guard cutter TAMAROA, then docked in a floating drydock in Bushey’s shipyard, turned…

Vane Line Bunkering (sometimes called Vane Brothers) at the foot of Red Hook’s Court Street in the Gowanus Bay, occupies part of the site of the former Ira S. Bushey & Sons facility. The property is owned by Buckeye who also owns and operates…

Court Street, from Bryant Street to Gowanus Canal, showing in the background the Ira S. Bushey and Sons boat building plant. October 8, 1937. P. L. Sperr. Note: Ira S. Bushey was more than a shipyard. They also were a fuel terminal. The fuel tanks…

Photograph of an able-bodied seaman working in snow flurries at Ira S. Bushey and Sons' old shipyard. The end of the line he is working on has been folded back and braided into itself to form a loop. He is inspecting and tightening that splice.…

The MARY A. WHALEN

The oil tanker MARY A. WHALEN was launched May 21, 1938.  The ship is PortSide NewYork's ambassador to the BLUEspace and site of our offices and many programs.   Why… 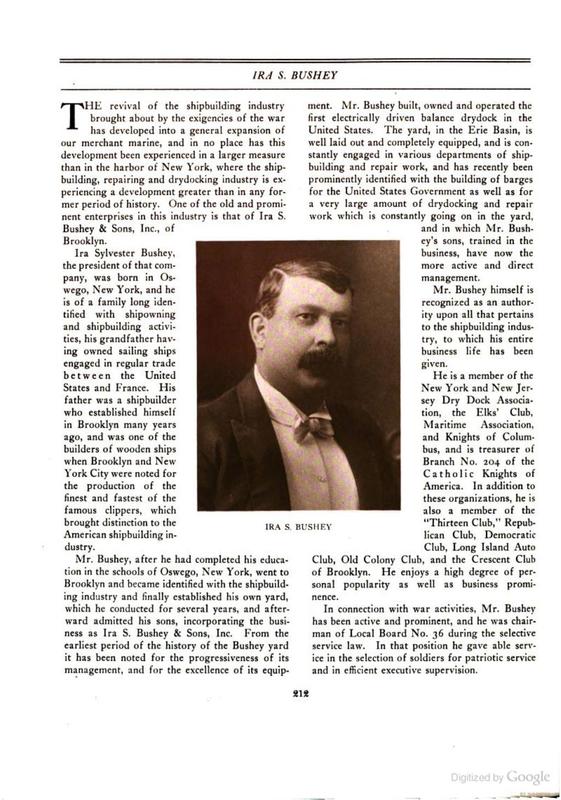 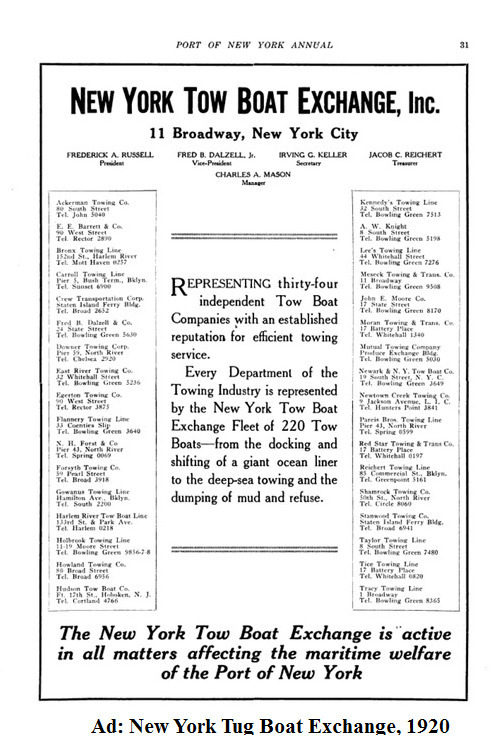 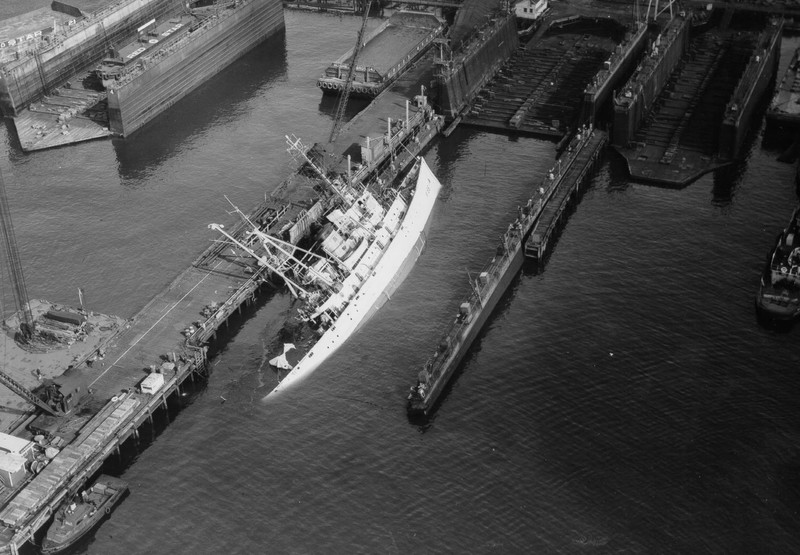 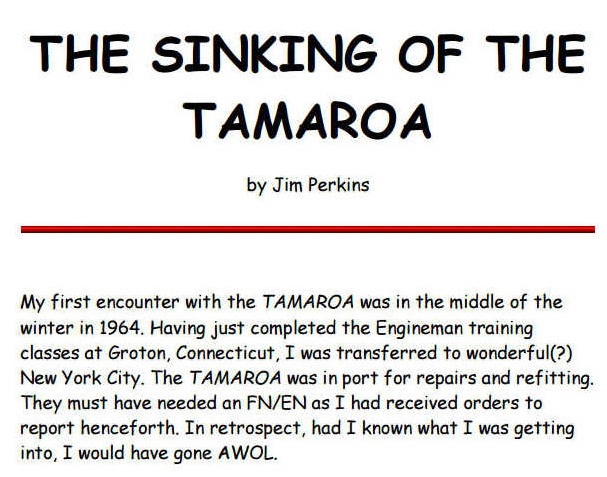 "The Sinking of the TAMAROA" a rememberance by Jim Perkins 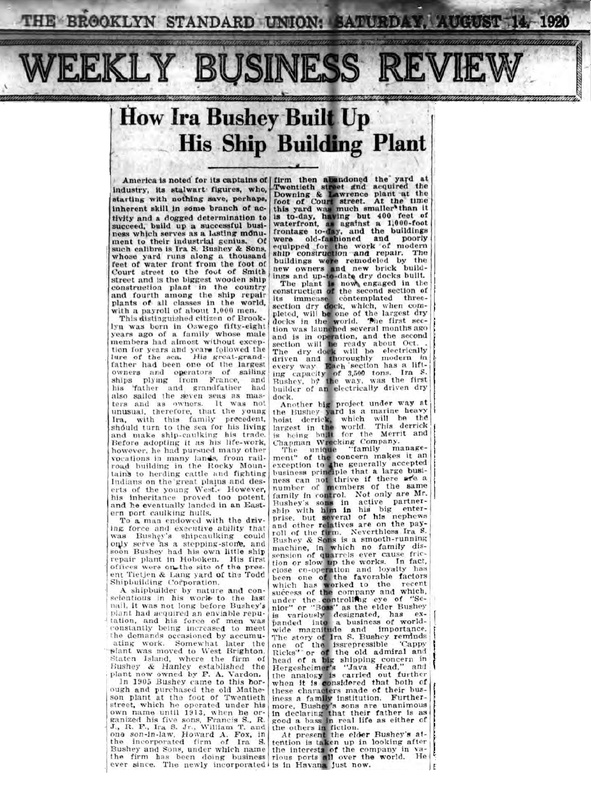 How Ira Bushey Built up his Ship Building Plant, 1920 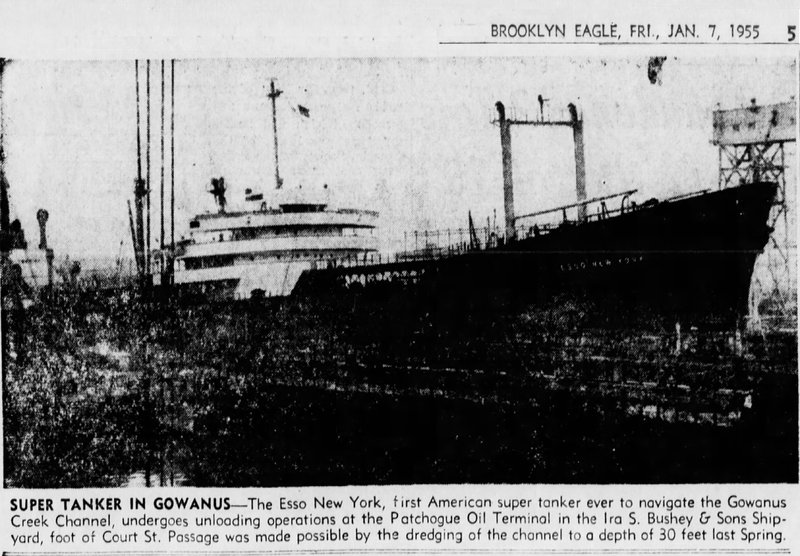 Shipbuildinghistory.com has a list of ships made at the Ira S. Bushey Shipyard.

More information about Ira S. Bushey & Sons can be found on the Seafarers' Blog

Since the writing of this article, the South Street Seaport Museum has written about their " Ira S. Bushey & Sons Shipyard Collection" which includes photographs of the shipyard.

The Story of Ira Bushey & Sons.