Floating grain elevators were used to move grain up, out of the holds of ships and barges and then top load the grain into storage bins on land or on other vessels. According to Henry R. Stiles in A History of the City of Brooklyn, Daniel Richards erected the first steam powered grain elevator on the North Pier of Brooklyn around 1847 and others soon followed. In the mid-Nineteenth Century Red Hook was the major hub for grain in the East Coast. Most of the grain that traveled along the Erie Canal from numerous inland farms landed in Red Hook. 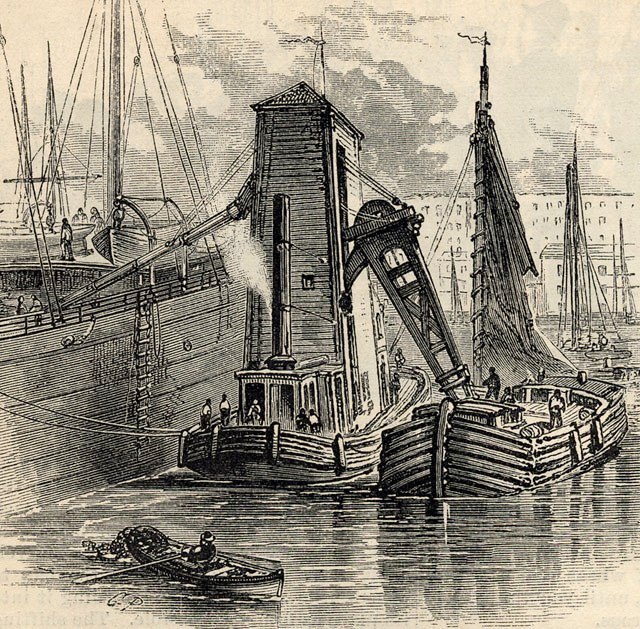