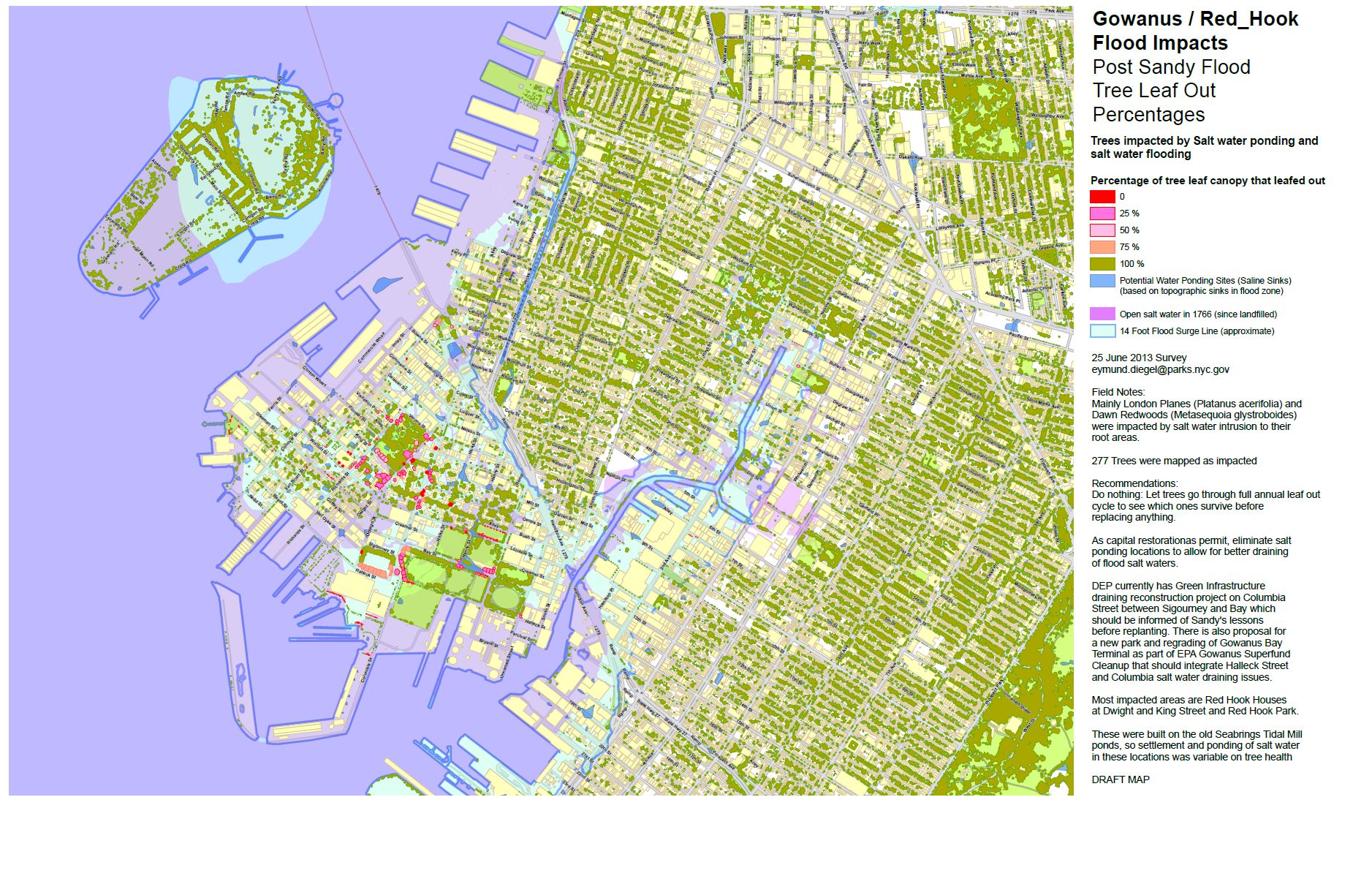 Do nothing. Let tree go through full annual leaf out cycle to see which ones survive before replacing anything.

DEP currently has Green Infrastructure draining reconstruction project on Columbia Street between Sigourney and Bay which should be informed of Sandy’s lessons before replanting.  There is also a proposal for a new park and regrading of Gowanus Bay Terminal as part of EPA Gowanus Superfund Cleanup that should integrate Halleck Street and Columbia salt water draining issues.

Most impacted areas are Red Hook Houses at Dwight and King Street and Red Hook Park.

These were built on the old Seabrings Tidal Mill ponds, so settlement and ponding of salt water in these locations was variable on tree health.