Please enable JavaScript in your browser settings.
Fullscreen MapMap Show Current LocationMy Location Get DirectionsDirections
"It is astonishing the number of men who go rambling around looking for piers and ships. "

Be it today or 100+ years ago, some people, especially landlubbers, find it difficult to make their way to a particular ship or pier.

Would that be deemed newsworthy today? Possibly not, but the following anecdote appeared in the Brooklyn Daily Eagle, November 23, 1909:

Neither Ambulance driver, Policeman Nor Messenger Could Locate Place.

An amusing incident occurred in the Atlantic Dock yesterday in which three people who are usually supposed to be able to find their way around did not know where Pier 32, foot of Degraw street, is located, although they were but three very short blocks from it. First came an ambulance called to that pier, and the driver, turning his back to the pier, drove into the India Wharf. He asked a group of men where Pier 32 was located. They told him just across Ferry place, where the Greek steamship Patris is berthed. A policeman strolled out of Pier 33, having heard the ambulance and asked where it had gone. "To Pier 32," he was told. "Where's Pier 32?" he queried, and when the place was pointed out he was strolling off when a messenger boy, telegram in hand, came along inquiring for Pier 32., "Come along, I'll show you," rejoined the cop, pompously, and both started on the two minute walk to Pier 32.

It is astonishing the number of men who go rambling around looking for piers and ships. This frequently happens with truck drivers. Very often they go miles out of their way before they are able to find their destination. Much time is lost and time means money in the trucking business. 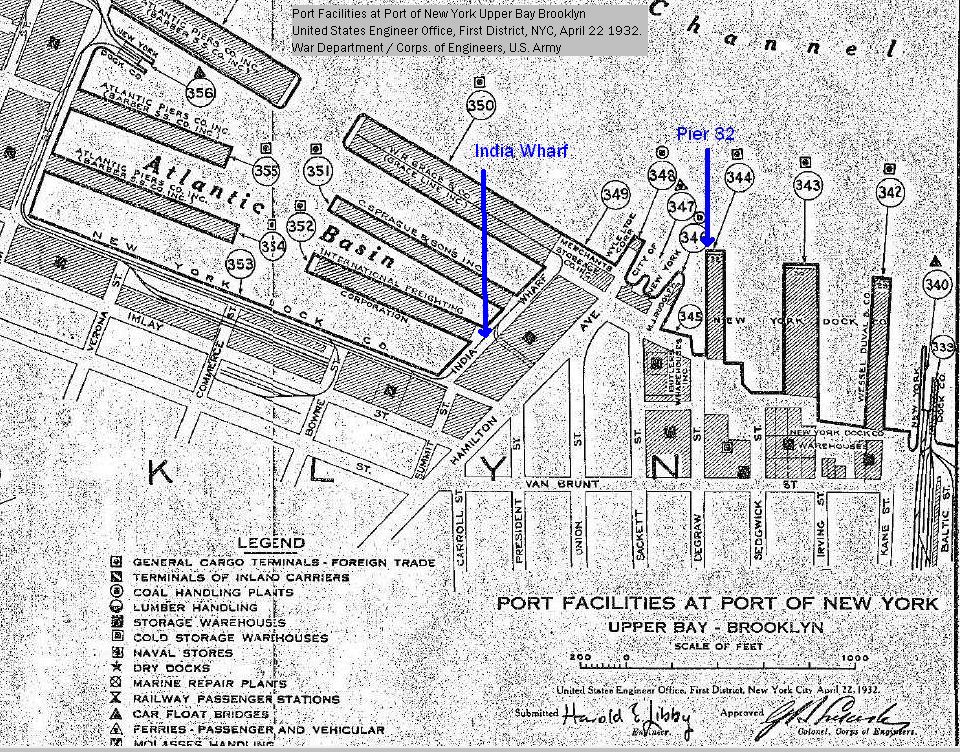