All day and into the night Captain Benn made his rounds of Brooklyn's piers supplying newly arrived vessels with something that he said could keep sailors sane and captains ethical: reading material. Benn had been spreading words for 11 years by 1908, and while yes he was a minister and always included religious tracts they were just part of a packet of books and magazines. The largest of his regular stops included Erie Basin and Atlantic Basins. He stored his books at the foot of Court street (which would put him on the property of Ira Bushey & Sons – PortSide's Mary A. Whalen was one of his ships). 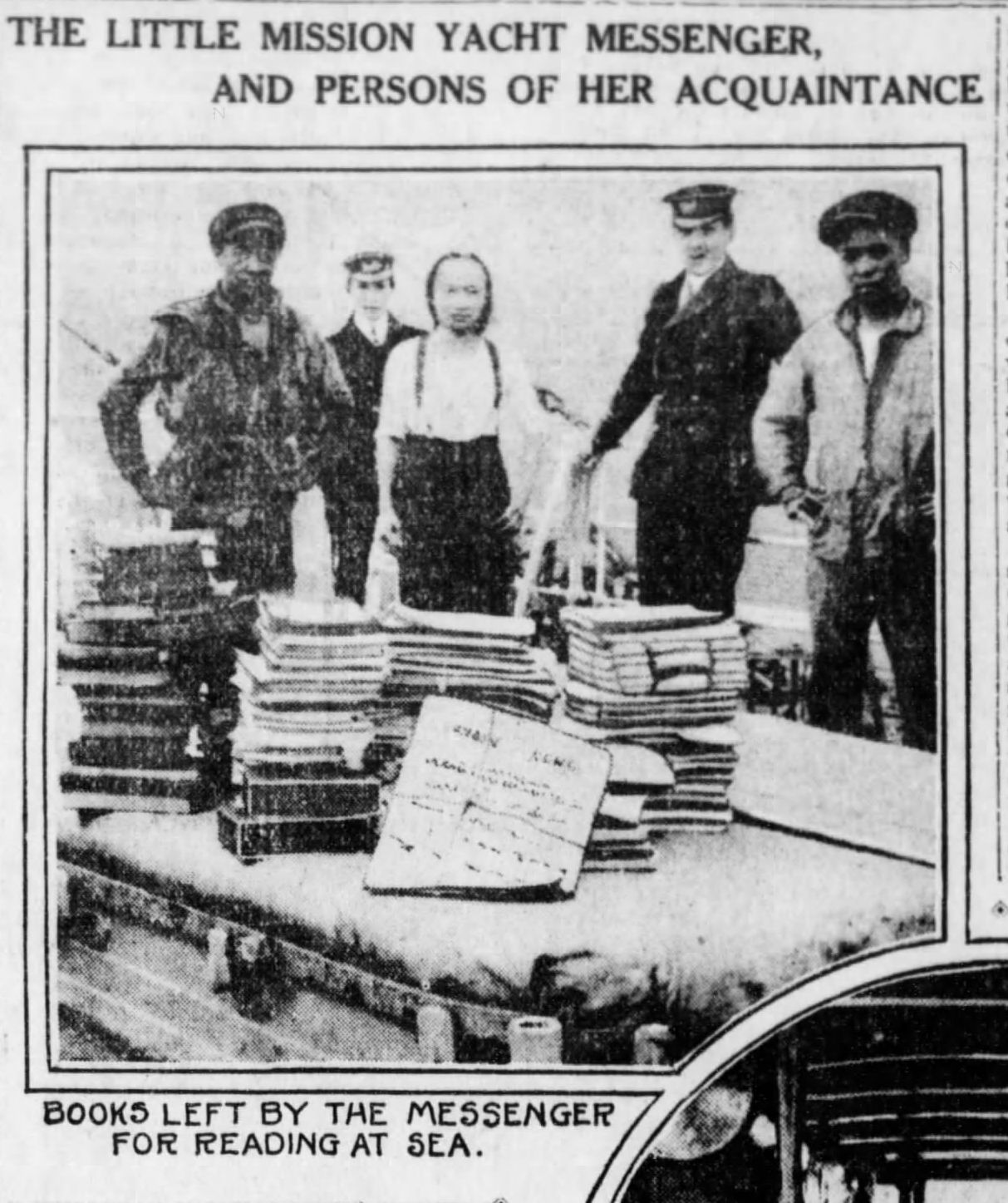 Benn did his best match sailors with things they would like to, and could, read. In an interview he said:
"We come across all manner of nationalities, and we generally can supply all of them. Among other foreign books, we even include some in the Cantonese dialect of the Chinese, as well as some Hindu literature, and these dark-skinned people appreciate our efforts quite as much as do Anglo-Saxons.”

In 1914, The Brooklyn Eagle, albeit in racist language, described Benn's impact distributing books on his yacht Messenger as worldwide:

"Coral Islands and Eastern ports, barbarous and semi-civilized peoples, all manner of wayfarers to the far corners of the earth, have felt the influence of the tiny mission yacht Messenger, whose tidings of good cheer are distributed to any steamers, sailing ships, men-o’-war, tramps, barges or tugs that ply in the waters of the world’s greatest seaport, regardless of the nationality of the ship or the races or religions of its crews.”

Captain Benn, asked if he thought the sailors would read the religious papers he responded:

"I want to say right here that the sailor is the most conscientious man on earth, and will read those papers dealing with religion, if only from a sense of duty, owed to the benefactor, who has supplied him with a relief from a former dull existence…” He believed that “from the influence of the mission yacht, drunkards have stopped going to saloons, thieves have stopped robbing….”

A letter of thanks from a captain, quoted in a 1908 Brooklyn Eagle article about Benn's books says:

"The reading of your books and magazines, is a constant source of interest and instruction to myself and crew. During the long journeys to the countries of the Orient, when time hangs heavily upon our hands, the reading of your supply is the only thing which brightens the long hours. It occupies the minds of the men and keeps them contented and quiet, when otherwise they would be planning mischief. Without anything to occupy their attention, I often have seen them come on the verge of insanity. By your efforts they are saved from that state. Not infrequently the many good things which they read in these pages open to them the light of a new life." 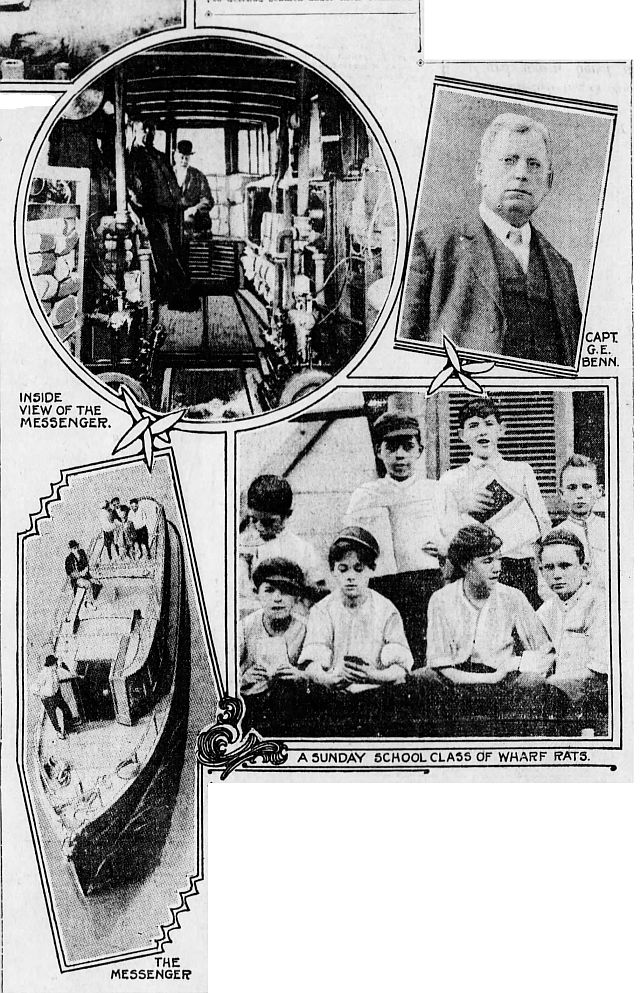 Captain Benn was well aware of the hard life of sailors and liked to believe that in addition to keeping sailors from going mad from boredom on long ocean voyages, the reading he provided might keep them from being scammed out much of their meager earnings:

“The remuneration of the sailor is about $20 per month, which is insufficient to support the humblest family in the land causing many desertions from homes; and where a sailor signs for a long cruise it is sometimes several years before he is paid. Meanwhile, like any other man he wants spending money, and extortioning shopkeepers on shore, make arrangements with the captain of the ship to turn over to him perhaps as much as 30 percent of the purchase of seamen. Then the dealer offers the poor sailor a couple of dollars as a loan, and the latter is so glad of the chance to get hold of some real money that he will pay anywhere from $25 to $30 for a piece of wearing apparel, a towel, or even a bit of soap! Then he sails away in his ship and often becomes rebellious when he realizes how he has been robbed, only to be thrown in confinement. We are hoping that our propaganda has done away with a great deal of this business through the influence over both the captains and men. Most of these cases arise through the seaman being imposed upon when he is drunk, but if you could see some of the sailors I have come across, who have become almost animals through the disease of their minds, answering all queries put to them in monosyllables, or with an expressionless smile, you would realize what a great field there is for our work.”