Please enable JavaScript in your browser settings.
Fullscreen MapMap Show Current LocationMy Location Get DirectionsDirections
The MARY A. WHALEN is an early example of lap welding - the transition between riveting and the butt welding of today. She is also a rare surviving example of a bell boat.


Follow this link for a curated compendium of MARY A. WHALEN stories

The oil tanker  MARY A. WHALEN  was launched May 21, 1938.  The ship is PortSide NewYork's ambassador to the BLUEspace and site of our offices and many programs.

Why she is significant? 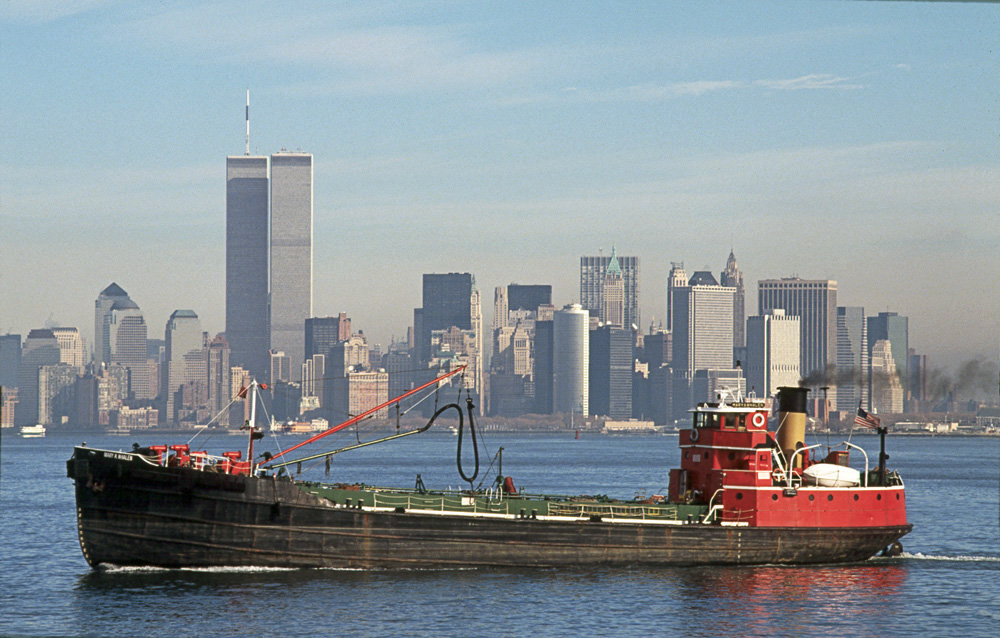 She is the the last of her kind in the USA. She is the only oil tanker cultural center in the world.  She is on the National Register of Historic Places for many reasons. She is an artifact of Ira S. Bushey & Sons, a Red Hook business that ran an innovative shipyard and fuel terminal. She is significant for her role in the 1975 Supreme Court legal decision U.S. vs Reliable Transfer a major case in US maritime law. The MARY is a symbol of post-Sandy resiliency in NYC because the PortSide crew rode out Sandy on the ship, and then we brought our office equipment ashore to set up and run a hurricane Sandy pop-up aid station.

October 2012, she was listed on the National Register of Historic Places.  See the enthusiastic Determination of Eligibility Letter here. According to that evaluation report, she is significant in the area of historic marine technology as one of few remaining intact examples of a 1930s motorized coastal/harbor tanker, and because of her association with Ira S. Bushey & Sons" a Red Hook business of national importance that closed in the early 1980s.  "Bushey's" was a shipyard and fuel terminal at the foot of Court Street. The Vane tugs and fuel barges there how are a legacy of Bushey's. Late 2019, the facility was for sale, advertised as a good site for an ecommerce warehouse. Though no sale has been confirmed to our knowledge as of December 2020, one year later, demolition started before the pandemic hit, the fuel tanks and truck filling station are decomissioned.

Bushey's was an unusual combination of shipyard and fuel terminal. The company built over 200 vessels and was a significant for developing new shipbuilding techniques. The MARY is an early example of lap welding, the transition between riveting and the butt welding of today.  She is also a rare surviving example of a bell boat.  On this bell boat, the people steering (the Captain or the Mate) had no control over the throttle or engine direction, they pulled manual bell signals to ring bells which told the engineer two levels down what settings on the control stand to use to determine engine speed and direction (bells are direction, jingles are speed.)  Speaking tubes were used to communicate for anecdotal info (issue ahead 300'... get me a coffee... where's my relief?) 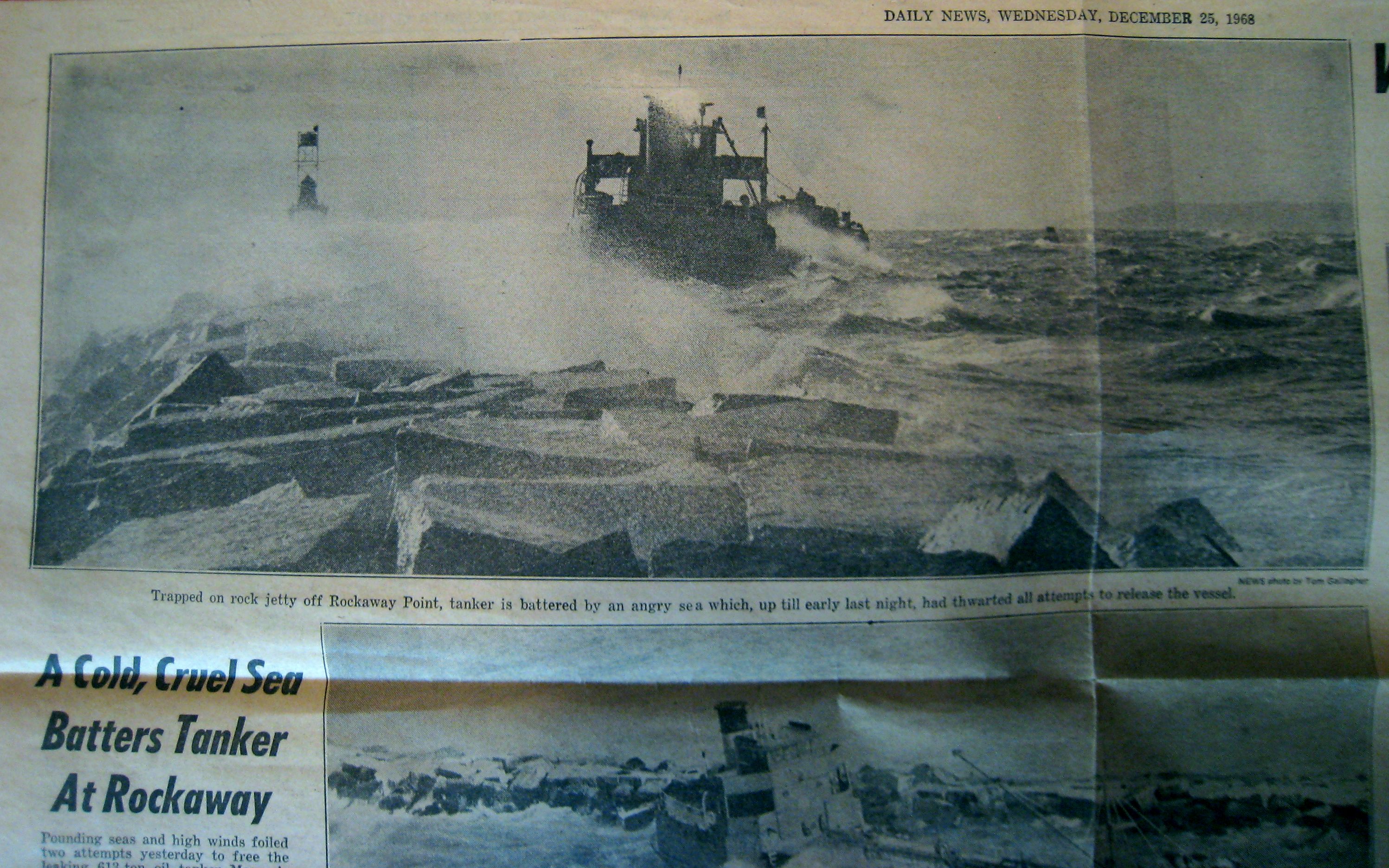 The MARY A. WHALEN is also significant for a Supreme Court decision "United States v. Reliable Transfer Co."  This major case is taught to all maritime law students.  The MARY went aground on the Rockaways in New York, shortly before Christmas 1968.  A Coast Guard light was out and the MARY's owners blamed the Coast Guard.  The case reached the Supreme Court, which ruled in 1975 that in marine accidents, damages should be apportioned according to blame.  Sounds logical, but prior to this decision, damages were split 50/50 regardless, and those at fault could shirk the financial consequences of their actions.

This 1975 decision overturned US maritime law in effect since 1854 and had the USA finally join maritime practice common in other nations.  US Courts had been struggling for decades to make this change, with the famous Judge Learned Hand dismissing US admiralty law on these cases as an "obstinate cleaving to the ancient rule which has been abrogated by nearly all civilized nations."  The case is summarized in a 2009 article from Professional Mariner.

Here is a series of articles about her running aground back in the day:

Video
Watch Lawrence Brennan's discussion of the history and significance of United States v. Reliable Transfer Co. A captain, lawyer and professor at Fordham University specializing in the field of admiralty law, Brennan told the story of the collision and court case in a virtual presentaion aboard the MARY A. WHALEN in a June 10, 2021.

Her early days and work 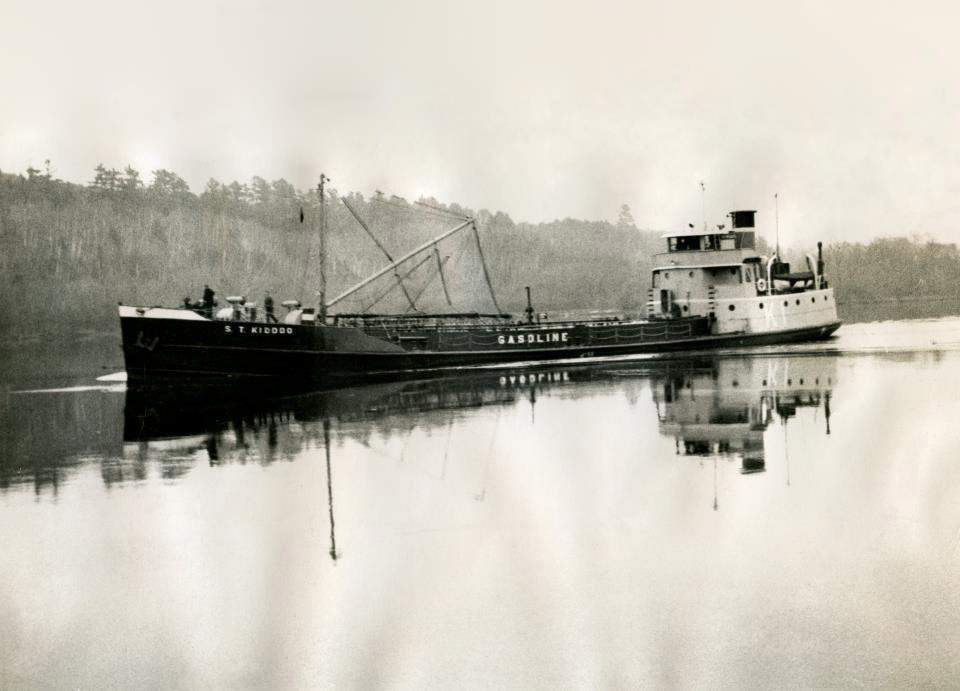 She was originally called the S.T. KIDDOO, for Solomon Thomas Kiddoo, the Vice President and Treasurer of Fairbanks Morse.  Bushey's distributed Fairbanks engines, and it is reasonable to assume that naming the tanker KIDDOO was a way to flatter an important business contact.  The tanker has a Fairbanks Morse engine (37E12 direct reversing).  She moved highly explosive gasoline and kerosene from 1938-1968 during her years as the S.T. KIDDOO. 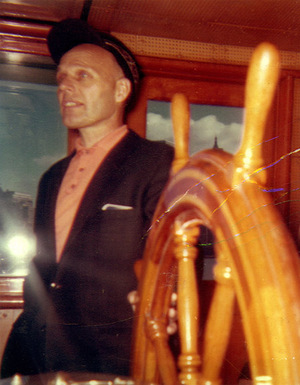 In 1958, she was converted to move heavier, less explosive fuel products and rechristened, MARY A. WHALEN. At that point, Alf Dyrland became one of her captains and worked on the MARY for twenty years. His family has donated to us an extensive collection of Captain Alf's documents, photos, and objects pertaining to the MARY.

The MARY A. WHALEN worked until 1994 and covered an extensive territory in New England.  She "went outside" (in the Atlantic) delivering gasoline as far away as Norfolk, Virginia and Maine until 1958 (a testament to the small number of cars in Maine then). She went up many rivers.

She also covered a lot of the New York City metropolitan region doing various kinds of work. She did "creek work," harbor slang for working little waterways like the Gowanus Canal and Newtown Creek where she delivered home heating oil.  She also fueled ships, "bunkering" them at dock and at anchor.

Her voyages became shorter as Americans consumed more fuel, and her size became too small to merit sending her very far.  Her engine crankshaft was damaged in 1993, and she was towed around as a barge for a few months before going out of service in 1994.

In 1995, she came back home to Red Hook where she served in Erie Basin as a dock and office for Hughes Marine, a sixth-generation firm wonderfully self-described as "the clearinghouse for marine difficulties." Hughes only used her as an office for 3 years and then locked up and her interior began to deteriorate with leaks from above and peeling paint. People were also picking locks and stealing things.

September 2006, in very tired condition, she became the base of operations for PortSide NewYork.  In January-February 2007, she underwent hull repairs and maintenance for the first time in 16 years.  PortSide's offices moved aboard in July 2007, and we have been restoring the interior while using it, a challenging state of affairs!

Plans are thanks to the Independence Seaport Museum

Our guide to the words for ship parts.

A  pdf version of the guide to THE MARY A. WHALEN is available in English, French, German, Spanish, Italian

- We know there is a whole world of languages, these are just the translations we have so far.   If you know another language and are willing to do a translation for us please let us know!  We are also looking for someone to do an American Sign Language video tour of the ship for us. Reach us at chiclet@portsidenewyork.org 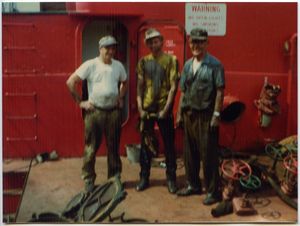 We want to tape record your memories and copy your photos to add to our collection of photos like those above. Your advice can help us restore the MARY A. WHALEN.

A curated compendium of MARY A. WHALEN stories has been put together by the RedHook WaterStories team.